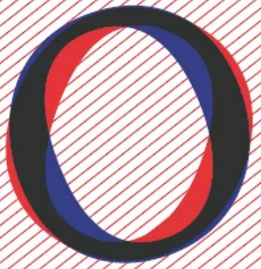 Extraordinary lever effects It is difficult to imagine, but there was hardly any mention of the creative industry as a sector three years ago. Luckily that has changed under the influence of a globally growing awareness of its strength. The decision of the Ministry of Economic Affairs to designate the creative industry as a top sector confirms and reinforces that strength. And we have a right to be proud of that.

One of the intentions of the top sector policy is to create lever effects through crossovers between the different sectors. Certainly, a part of the creative industry operates autonomously. Creative minds devise products or services, varying from interior products to fashion, and put them on the market. This is similar to how it works in other sectors: Shell sells petrol and Friesland Campina dairy products. But the vast majority of the creative industry works above all for other sectors and not for the final users. While crossovers are still regarded as an unconventional challenge in many other sectors, they are the rule rather than the exception in the creative industry. The government often refers to the golden triangle: government – science – creative sector. But in this model it is more logical to refer to a tetrahedron, in which companies and social institutions are the fourth player that makes the figure complete.

Crossovers are actually so natural for the creative industry that we forget to explain and illustrate the fact. Hence Crossover Works #2, for which we have sought the new best practices which have been implemented – with extraordinary effect. The Fairphone is a fearless game changer among the smartphones. A designer has found a multifunctional solution for flooding in cities. And if you hear voices inside your head, the Temstem app sometimes seems to be more effective than relatively expensive therapies. It is striking to see how a combination of unconventional thinking, professional knowledge and a sense of responsibility plays a crucial role in devising solutions of this kind. This is where the creative industry increasingly manages to stand out. And that is something to be proud of too.